Historic Transport Preservation, Inc. (HTP) has partnered with the Western Maryland Scenic Railroad to install a commemorative sign at “Helmstetter’s Curve” near Cumberland, Md. “The Curve” is a signature location on the railroad, where the tracks cross Cash Valley Road and loop around the Helmstetter farm to gain altitude. The resulting “horseshoe curve” has been a favorite photo location among rail enthusiasts since at least the 1930s. 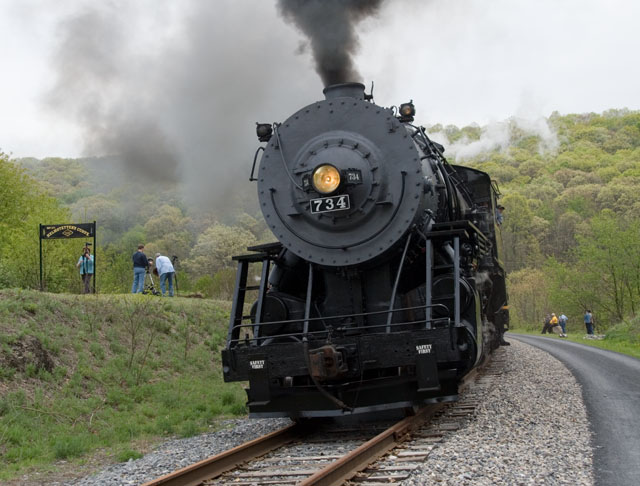 The 12″ x 48″ cast iron sign is installed on a small knoll in the apex of the Curve. Designed by Wayne James, the layout of the lettering mimics the Curve itself. The sign is visible to train riders, Allegheny Trail users, and anyone viewing the train from the adjacent cemetary overlook.

In addition to identifying the Curve, the sign will also serve as a memorial to the late David Goodheart, who hosted several private photo specials along the railroad between 1999 and 2003. “Helmstetter’s Curve was David’s favorite place for photography,” notes David’s friend John Burke, and David’s family chose the Curve as the location for his memorial service in May 2005. 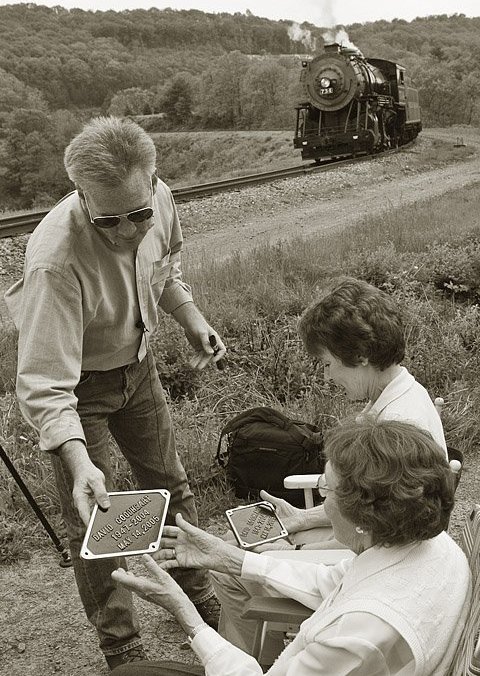 David Goodheart’s mother and sister receive memorial plaques during a memorial held at Helmstetter’s Curve in May 2005. The plaque is reproduced on the sign.
Photo by M. Ross Valentine. 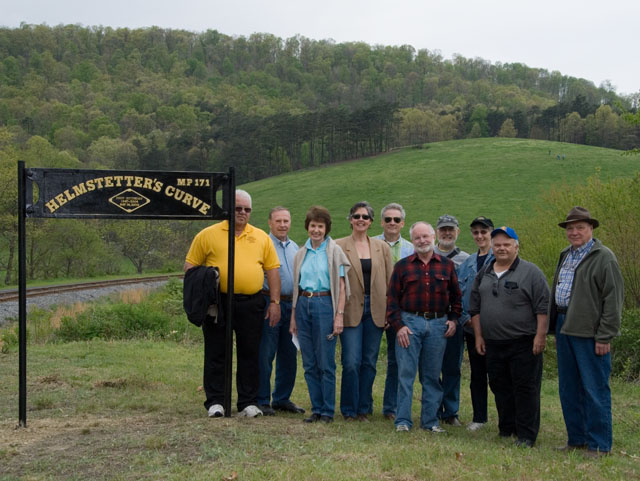 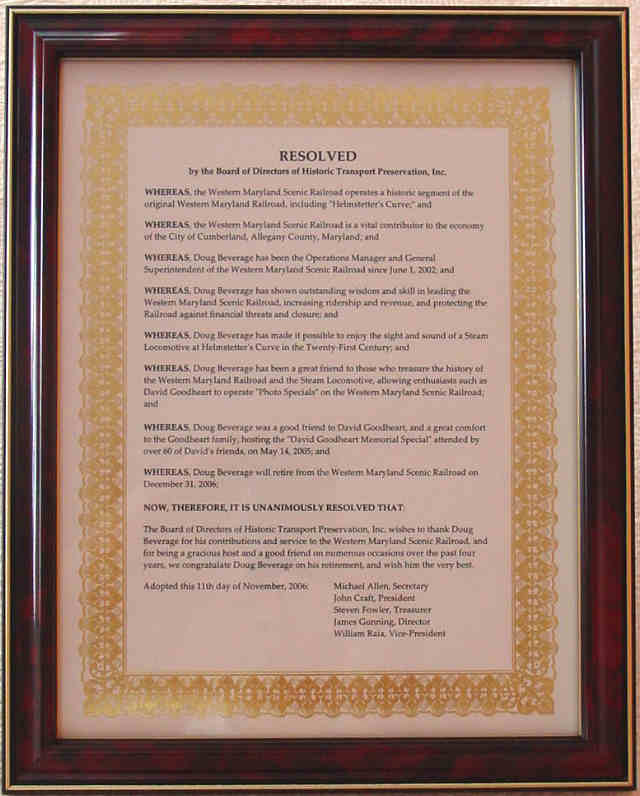 HTP presented WMSR General Superintendent Doug Beverage with this Resolution thanking him for all his kindnesses.